They asked for your help. You came to save them. You failed.

Savior is a voice recording and journaling experience for one traveller set within the limits of space and communities living within the vast galaxies. Travellers enter communities, experience their wonders, and try to help prevent the fall of them from systemic and community issues.

The savior will not be able to save the community. This is their story on trying, failing, despair, hope, and learning.

Designed for the Ad Astra jam.

In order to download this experience you must purchase it at or above the minimum price of $10 USD. You will get access to the following files:

Support this experience at or above a special price point to receive something exclusive.

Thank you for being here and for who you are. For every copy of Savior sold,  one becomes available to a community member who cannot afford (for any reason) to purchase Savior. If you are unable to afford Savior, but still want to claim it,  please use a community copy. I'm grateful you could join us.

Savior is a 10 page rpg about attempting to intervene in an outside culture and failing. You play as a space-travelling savior recently come to a planet in conflict. You do what your job title says, and nothing gets better.

Savior is heavy, and it says right up front that it's inspired by community organizing attempts failing, but it also forces its own failure-state, which feels a little inorganic.

Gameplay-wise, you play savior by journaling and drawing cards that act as prompts for how the situation on the planet falls apart.

While Savior doesn't really have any illustration, the layout is clean, easy to read, and thematic.

Overall, I would recommend Savior to folks who like old-school, cultural-examination sci-fi like original Star Trek. It does a good job of chronicling a civilization collapsing due to its ills, and it even has a pseudo campaign mode where you can fail to save multiple cultures in a row. If journaling games aren't really your thing, Savior is playable with just the cards, and no recordings. Alternately, it's pretty easy to switch the sci-fi setting out for something else, such as high fantasy or western---as long as you keep the general roles of outsider and failing community intact. 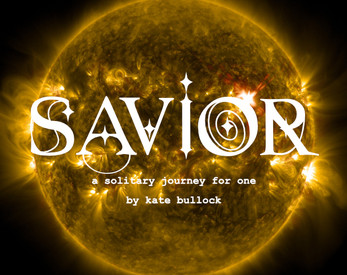